Usual miracle, or trip to India with the company Ananta Medicare Ltd.

The company Ananta Medicare Ltd., which executes its marketing activity and distribution of the preparations via limited liability company Ananta in domestic pharmaceutical market, is always ready to make a pleasant surprise for its clients. So, apart from conduction of numerous promotional actions, company management of Ananta Medicare Ltd. Headed by Pradeep Jain Kumar, President of Ananta group of companies, annually makes a decision to send the best employees and partners of the company to India.

In addition to informative excursions to local sights, the participants of the trip also had an opportunity to visit the plant of Marksans Pharma Ltd., which carries out contract manufacture of medicinal preparations for Ananta Medicare Ltd. It should be recalled that, in product portfolio of the company there are preparations for treatment of cardiovascular (CARDIPRIL®, LIPITIN A, and FLAMOGREL) and gastroenterological diseases (LOCID®, PANOCID®, and NAUSILIUM ®), as well as antibacterial (AZICLAR®, FLAMIFIX, GALATILIN, and ZOLOXACIN®) and antifungal (ITRUNGAR) preparation, the assortment of which grows permanently.

As it is well know, the golden fund of any company is its united team: it is an inexhaustible creative potential, precision adjusted mechanism of interaction and warm friendly atmosphere, which allow getting good results. As it is noted by the management of Ananta Medicare Ltd., all employees of the company put all their effort and professionalism into swift development of the company; that is why it is not easy to choose the very best. It is the reason why the choice of travelling team members, who will set out to a fairy-tale, remain a pleasant surprise. Beyond all doubt such an encouraging trip allows estimating individual contribution of those, whose results were the best ones, at their true worth. 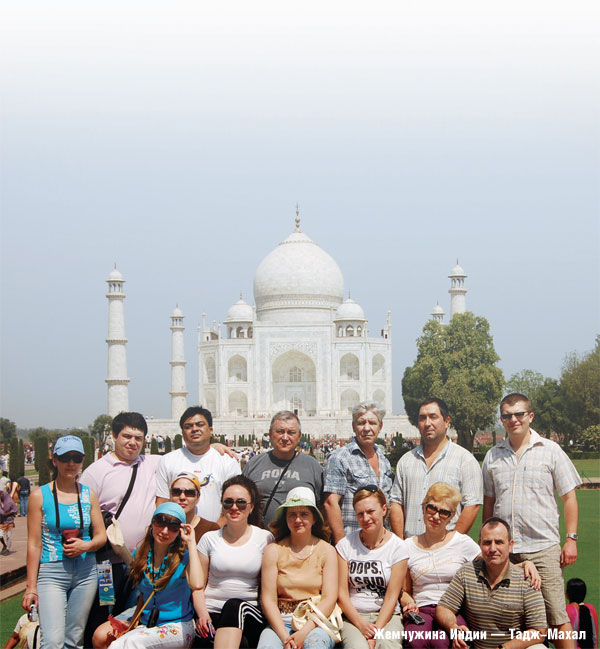 The gem of India – Taj Mahal

In addition Ananta Medicare Ltd. gives its partners the opportunity to plunge into fairy-tale atmosphere of India: combining business with pleasure they could visit not only local sights, but also manufacture, being able to receive added evidence of high quality of products manufactured by this company. No doubt, such trip makes one forget about dull workaday life and become absorbed into really magical breathtaking impressions its participants are ready to share.

— Our group of employees and partners of Ananta Medicare Ltd. was headed by Company’s sales manager Rana Brijendra. Our friendly tourist team consisted of 14 people. After a long flight we landed at the airport of the capital of the state Rajasthan — Jaipur. The choice of this city was not an accidental one, as our trip was planned by our considerate company’ management along India’s golden triangle, such as: Jaipur — Agra — Delhi. Such symbolic name becomes clear, if you draw symbolic lines between these citys on India’s map.

Being accustomed to the grey landscape of the early spring in Ukraine, we enjoyed warmth and humidity of subtropical climate Jaipur, which is also called the Pink City, produced unforgettable impressions. It got its name owing to its ancient housed in the style of southern ancient Indian architecture, which were built from pink sandstone.

We stayed in a beautiful castle in grotesque architectural style, which amazed by its splendour, marble statues, white figures of Indian elephants and luxury environment. In Jaipur our group visited the Iswari Minar Swarga Sal (Heaven Piercing Minaret), which towers above the city. Walking in the square of the palace we admires five-store facade of Hawa Mahal (the Palace of Winds), built in 1799.

After sightseeing, our group visited one of the shops, where we heard the secret of the manufacture of real Indian carpets from wool and silk: it is kept zealously by the locals.

This most fascinating trip, organized by the company Ananta Medicare Ltd., left most striking memories in my life. And in such company, which encourages the achievements of its employees in such a way, one wants to work wholeheartedly and apply every effort in order to realize our noble goal — care about people’s health.

— Having heard that I am among those who will go to India, I just could not believe such great news. And I am really grateful to the company for high appraisal of my work. Trip to India gave me a real charge of creative energy, which I want to realize in full in my working activity.

As it turned out to be, this country is lavish with surprises that strike your imagination: these are traditional dances, gorgeous national costumes, and the opportunity to ride an elephant or a camel. It was riding on elephant back that we went to see the next sight of the Pink City!

Amber is a fortress palace surrounded by massive city walls; in its centre there rises Jaigarh Fort (Victory Fort), perching itself on the rocky hill and surrounded by huge fortification works (it is interesting to note that one of the biggest ancient cannons in India remained intact here).

The next city, where our group went was Agra, the home of legendary Taj Mahal — the monument to real love, which is a Mecca for tourists. This Muslim mausoleum was built by the Emperor Shah Jahan in the memory of his beloved wife, who died at childbirth. The beauty and power of this fairy mausoleum fascinate everybody: when looking at it you understand that children's fairy-tale about love and beauty comes true.

— From Agra we went to Delhi. This mega polis is a complicated and in many respects incomprehensible for a stranger mixture of the old and new. Sometimes the present contradicts the past, which we noticed with our curious look. The first sight we visited was Bahai temple built in the form of a lotus — the model of modern architecture. Beyond all doubt, when staying inside Lotus temple the followers of different religions think about harmonious structure of the Universe. We were not the exception either, having felt the conciliatory silence and internal peace. In its territory there is also a most beautiful garden with numerous flowers, as well as two crystal-pure lakes at the entrance — unusual ones as the Lotus temple itself.

Then we went to the temple of Indian god Krishna, which impressed with complexity of ancient architecture and black statues of this god. We also visited one of the biggest Hindu temple complexes in the world — Akshardham, which has 234 ornament-finished columns and 20 tetrahedral towers — shikhars.

For me this trip to India is the most interesting journey in my life. Coming back from this country I felt even more proud for our company and the preparations we present in the pharmaceutical market of Ukraine. Having the opportunity to visit the manufacturing site and seeing myself, that it meets the requirements of international standards, I devote myself to promotion of our preparation with more confidence.

— I am grateful to our company for awarding me for my contribution into its development. Impressions I received during this trip give me energy for new achievements.

After visiting world monuments of architecture we went to the centre of New-Delhi, where we saw the parliament, the building of which is considered to be one of the largest covered circular-like constructions in the world.

Another monument that fits harmoniously into the central architectural ensemble of New-Delhi is All-Indian Military Memorial, which is nowadays known as the Gates of India. It is constructed as a triumphal arch 42 meters high and is erected in the honor of approximately 90 thousand of Indian soldiers killed during World War I. The names of 13 516 of them are carved on the monument and the Eternal Flame is fired in their honor.

The following day we went to the pearl city of the Indian coast — Goa, which is a real heaven on earth. It is situated on the Indian Ocean coast, approximately 400 km to the South from Mumbai. Goa met us with its subtropical heat and high humidity. Our first impressions were — the state of euphoria, when endless mirror-like surface of the water spread in front of our eyes. The power of the element and endless wide sandy beaches — all of this left unforgettable impressions!

— On the second day of our stay in Goa we had an opportunity to visit Indian pharmaceutical plant Marksans Pharma Ltd. In spite of boundless sea of impressions we got during our trip, it was this excursion that by right may be called its special appeal. We were greeted friendly by the director of the plant Rajesh Shah, general manager Rohit Negi and main engineer Voltaire Gonsalves, who told in detail about most complicated manufacturing cycle of the medicinal preparations. Modern technologies are introduced in this plant, and the manufacture fully complies with European quality standards. 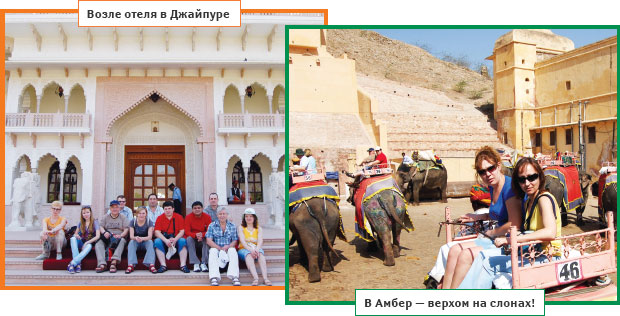 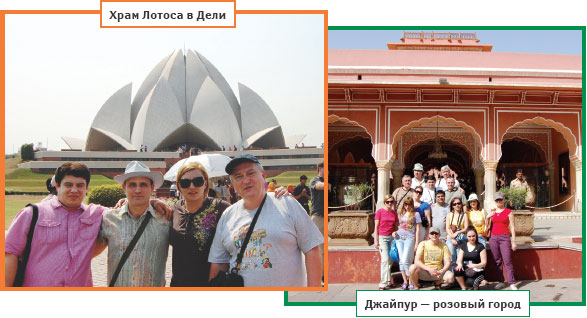 This enterprise manufactures a wide range of preparations indicated for treatment of cardiovascular, gastroenterological and oncologic diseases. Manufacture of the medicinal preparations that are exported to 54 countries complies with GMP requirements.

Manufacturing sites are built with the use of clean premises technology. It excludes completely the possibility of material and final medicinal product contamination with microorganisms. The fact that during the excursion we received a full set of new uniform also testifies to strict control of cleanliness and sterility. In addition, during our visit to manufacturing departments we had to put on additional set of clothes and sterile face masks.

The plant is provided with modern equipment for synthesis of different active substances, which is purchased in the USA, Japan and Korea. Chemical reactors with volume between 50 an 8000 l, centrifuges, vapor and electric dryers, filters of different types, and packing machines are fully automatic and have computerized management. During this interesting excursion we visited the whole plant and were shown the whole cycle of manufacture of the preparations — from premises, where raw materials are sent for control, to the store of finished products. The complex of laboratories carries out chemical and physical, as well as microbiological quality control of medicinal preparations.

I want to express my thanks to the management of the company Ananta Medicare Ltd. for perfectly organized trip, which brought much positive emotion into my work and my life. For me this trip to India was that factor which let me see the beauty of our world, nature, people and life once again.

It was sad to us to say good-bye to India, which gave us so many unforgettable impressions. After visiting this mysterious country it is impossible to stay indifferent to its unique combination of spirit of the time and modern. We not only felt affection for India’s national culture, which keeps carefully age-old traditions and values, but also got the chance to see the sacrament of the creation of modern preparations.

No doubt, on coming back each of the travelers decided to visit India again, to return to this fairy-tale, which came true for employees and permanent partners of the company Ananta Medicare Ltd.

Press service of “Weekly journal AПTEKA” based on materials provided by the company Ananta Medicare Ltd.